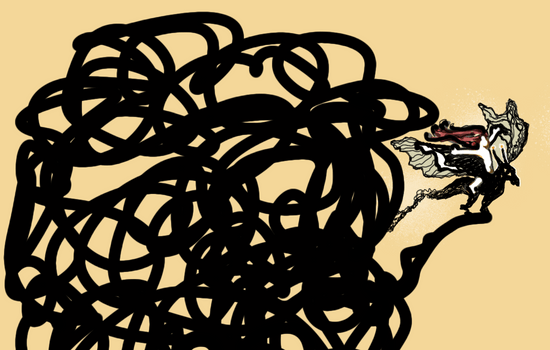 I laid myself back on my bed, and rolled over onto my side, hoping she would accept that as an invitation to return to me. I didn’t know how to call or ask for her help, but I sensed our relationship was special, magical and didn’t require spoken words.

In my mind, the feelings formed into words, and I visualized that I could take the words and ball them up, squeezing them into a tightly compact and concentrated sphere of intention, so intensified, down into my belly. I could imagine the sphere glow there inside of me, and then I pressed it out and up my torso and through my chest, sending it out to find the intended recipient. I pushed it right out of me, hard, sending it away as I felt I had to do, and I could feel it leave me. It hurt.

When I opened my eyes, and I swear that while I can’t really swear to the fact of what happened, I will tell you what I believe I saw. The message. I could see it, what I had made, and it was like a glowing spark. I watched as it ricocheted all over my room, bouncing against the walls. I swear that’s what I saw. I rubbed my eyes, and then, it left. I’ve no idea where it went; it was just gone.

With the absence of my feelings, my spark, I felt cold and alone and very tired. It took a lot to send it away, what was a most treasured message packed into a bottle that traveled through a grand vastness to an unknown place that might not even, in fact, really be.

Would I get a response? Would it even find the intended recipient and if not, would it return to me as undeliverable? I wanted it back, honestly.

I wanted it back very badly.

A deep dread slunk into my mind. Sending it had been a mistake. That was a mistake. The words crept into my mind and then crept down the whole length of me. Dread. Maybe the black tangle was evil. I didn’t really know. I suddenly doubted knowing anything about anything at all. I doubted I would even have the ability to identify evil. I felt too stupid, duped into giving away what was part of me, such an important part even though I wasn’t really sure what it was.

I imagined the tangle accepting the message and disregarding it, not even taking an effort to actually reject it.

My imaginings and suspicions got darker. I had no idea what the black tangle ate or even if it ate. What if it fed off the hopes, dreams and feelings of those it contacted? Maybe black tangles are the reason dragon myths exist all over the world. Maybe it’s The Evil Tangle who brings all these strange images and sensations, so a person, me, will beg for more, and give away exactly what the tangle wants most.

I imagined the tangled mass receiving my spark and devouring it, slowly and painfully, soaking up all the succulence of my feelings. It was too easy to imagine and I wondered if I would feel any pain, or if I would feel anything at all. That was, in my mind, an even worse imagining.

The thought scared me. My eyes bulged wide open with the shock of it; the cold sweat coating my brow and back congealed to a glue residue, pasting my clothes and hair to me. The room was dry and arid, as it always was. But I was cold, quite cold, and the goosebumps covering my arms and legs were so taught that they burned.

A sense of frantic, desperate urgency crashed and smashed into me. I wanted to run, but there was nowhere to go, nowhere I could go to feel better.

My eyes stung and I realized I hadn’t blinked in a while. It took some effort and it hurt a little, but I closed my eyelids over the too-far-for-too-long open windows to my soul. It felt like scratching sand over glass or fingernails over a chalkboard. There was nothing to comfort me and the reality around me thinned and dimmed as my lids fell. It was like the closing of theatre curtains coming down and I wondered if my time on the stage of life was truly over or if this was maybe an intermission.

Death seemed close to me, so I asked, Is this it? Am I going to die now?

No, silly girl. That was the response. There was no sound, just a very strong impression that the speaker was annoyed that I should wonder such a thing. 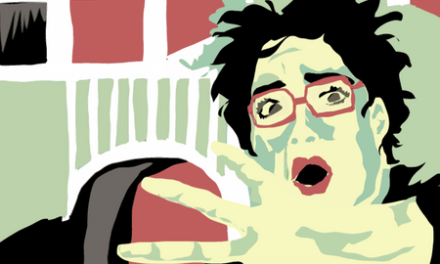