My Treehouse Dining Room (Before & After)

Despite several heatwaves washing over Europe and my addled wet head these days, I decided I didn’t want to postpone painting a mural in the dining room. On a ladder. While having my own menopausal hot flashes to boot – but whatever, I’m not sitting that stuff out either because life is too short.

This is one of many – no, one of ENDLESS projects I’ve been tackling. It’s post-cancer, post-chemo, post-mastectomy and all that stuff. I’m moving on – and in fact I’ve literally moved on to another town.

We’re in our new apartment and as I can, just whenever I can, I’m working on making it ours.

Mainz, Germany is a university town, home to the Green political party, BioNTech and the Gutenberg Press. In our neighborhood, there’s a Naturopathic doctor every stone’s throw away.

As a seriously far-left-liberal writer/poet who just completed a battery of chemotherapies designed by BioNTech (Christmastime 2021 was my last treatment) – I feel like this is where I belong.

The Dining Room: BEFORE

The dining room is essentially an atrium, a round room that was originally a fairly large balcony. At some point, the owners decided to enclose the space with mostly windows and a glass ceiling held up by exposed timber beams.

This is how the room looked originally. Lemon yellow walls. There was nothing wrong with the color, just that the acrylic paint job was a cool tone of yellow (I prefer warm tones) and it was due for a fresh coat. You can’t see in this picture, but the walls were looking scuffed up and scruffy.

I knew as soon as I stepped into the room that I couldn’t just paint the walls a single color. It was calling out for a mural of some sort – something immersive.

The Dining Room – AFTER

Most everything is complete here, save for the lighting. I need two lampshades for the sconces. I’ve looked for shades that would be fitting to the room AND not cost a crazy-fortune. No luck there, so I’m going to just make something. No idea how yet, but I’ll tinker through that.

There are three colors on the walls, that’s all. All hues of green, but muted, as if seen through a light fog. I wanted the room to be inviting and relaxing. So far, after just a couple of visits, two visitors have taken naps in there and two people (separately from each other – different visits) remarked that, ”I feel like I’m on vacation in here,” so I think I hit the mark.

Since the paints are semigloss, everything required two coats. I knew that would be the case, but decided right away that I was good with it. The alternative, to work with acrylics, would mean an accidental spill on the walls would have ruined my flipping week. It would require a repaint over the stain. This way, the mural is washable (damp rag).

If you’re wondering, that is indeed a turntable in the center of the table. It’s teak wood, and actually intended for outdoor use (the central metal disk can be removed to hold a large parasol). I just love it. It’s perfect for Game Night. If need be, an electric cord can run down the middle of the table (I’m thinking: something ridiculous, like a chocolate fountain, or a super phallic lava lamp because they ALL are).

When I started to paint the walls, I didn’t really have a clear idea what I wanted to do. Not really. At first, it was too organized and formal. Too linear. So I repainted to correct that, realizing that in order to be sure I didn’t create a leafy themed wallpaper, I should bring it closer.

That’s when I realized I wanted it to feel like I was in a treehouse. I wanted to be embraced by a tree, hugged and protected by its branches. The large cluster of leaves (right side of above picture) come down to a big branch, which winds its way along the lower walls, to the right and ultimately to the primary door.

I’m rather a crappy photographer, so I don’t have a picture of that hugging branch – none that I like or would ever show anyone. Ever. (Sorry.) But I DO have for you a passable picture of my favorite detail, just below.

Thanks for checking out my Treehouse Dining Room Project. More projects are in the making, so let me know if you’re interested in seeing more of this sort of thing. 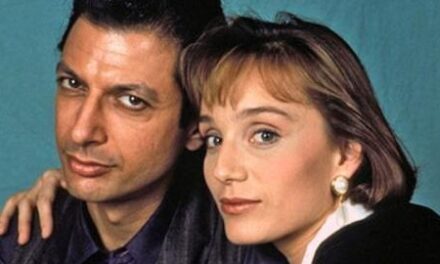 The Peculiar Nature of Being Almost Ready to Submit